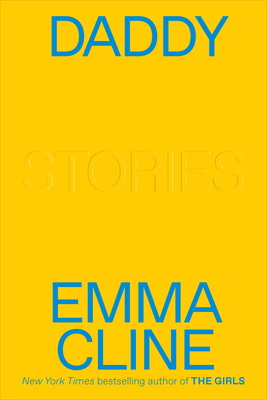 
Usually Ships in 1-5 Days
From the bestselling author of The Girls comes a “brilliant” (The New York Times) story collection exploring the dark corners of human experience.

An absentee father collects his son from boarding school after a shocking act of violence. A nanny to a celebrity family hides out in Laurel Canyon in the aftermath of a tabloid scandal. A young woman sells her underwear to strangers. A notorious guest arrives at a placid, not-quite rehab in the Southwest.

In ten remarkable stories, Emma Cline portrays moments when the ordinary is disturbed, when daily life buckles, revealing the perversity and violence pulsing under the surface. She explores characters navigating the edge, the limits of themselves and those around them: power dynamics in families, in relationships, the distance between their true and false selves. They want connection, but what they provoke is often closer to self-sabotage. What are the costs of one’s choices? Of the moments when we act, or fail to act? These complexities are at the heart of Daddy, Emma Cline’s sharp-eyed illumination of the contrary impulses that animate our inner lives.
Emma Cline is the author of The Girls, which was shortlisted for the Center for Fiction's First Novel Prize and the John Leonard Award from the National Book Critics Circle. She received the Plimpton Prize from The Paris Review and was chosen as one of Granta's Best Young American Novelists. She is from Northern California.
“Daddy approaches questions about power and connivance from a flurry of different angles. . . . [Cline] comes for the king and she doesn’t miss.”—Los Angeles Times

“Brilliant, dark . . . Cline’s fiction is full of binaries pressing up against one another: youthful promise and life’s realities; success and failure; darkness and humor; external beauty and internal rot.”—Wall Street Journal

Cline is an astonishingly gifted stylist, but it is her piercing understanding of modern humiliation that makes these stories vibrate with life. . . . Brilliant.”—The New York Times

“Cline is a master of fiction that wallows in the heavy weight of the unsaid, with perversion and darkness simmering beneath her characters’ tightly controlled surfaces. Daddy’s ten masterful, provocative stories confirm that Cline is a staggering talent.”—Esquire

“A hair-raising collection of short fiction that at once discomfits and titillates, delineating the various ways women and men wrestle with the male gaze.”—O Magazine

“Cline’s sharply drawn characters are the cowed, contemplative survivors of self-inflicted trauma, both seismic and quotidian. . . . Cline writes with such grace and precision that every sentence is a joy to absorb.”—LitHub

“Daddy is a striking achievement, the assured work of a young writer with talent to burn.”—The Boston Globe

“The payoffs are as gratifying as they are shattering.”—Publishers Weekly

“Scintillating . . . This is a technically perfect book.”—New York